Get it while you can for free only on Kindle.

A grueling unsolved murder case is the tipping point for  detective Jameson Kelly. He’s ready to hang up his holster for early retirement when Zara Robinson walks in to his precinct, the victim of a car break-in. She’s everything Jameson likes in a woman–tall, blonde, beautiful and athletic. More than enough woman to take him down and make him beg for more. One more case can’t hurt to help pass the time, especially one he knows he can solve.

Zara is a woman who knows what she needs, and top of her list is closure on this spree of car break-ins. And there’s Jameson–he’s big with an air of bad despite being a cop and all man. Man enough to easily make her feel soft and womanly. But when clues to the theft lead to something bigger, she’s glad to have his brains as well as his skills on her side.

Shirtless and barely clothed men can be so lovely to look at even if they aren’t paid models. 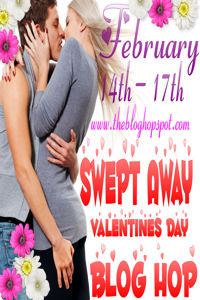 I have a on going series of photos that I take of shirtless men that I happen to see when I am out of the house. I know it isn’t a post about love or romance, but y’all it is a barely clothed man. Doesn’t that make you think about love of one kind or another?

If you leave a comment, tell me about one thing that makes you think about love. I’ll choose three comments at random to receive a pre-sale copy of Basically Bad, my short story about a couple going through a difficult time. It’s hot, and it’s my husband’s favorite story that I’ve written so far. (Granted, he hasn’t read the past two of my stories.) Tell me what makes you think about love. Go. (And then visit all the other great authors participating today.)

Marine Pilot John ‘Duff’ Duffy was always good at following orders, even when it meant having to leave the woman he loved. Her father, then his superior, dictated it was the best thing for Kirsten’s future and Duff’s career. Good soldiers followed orders, no matter what the heart felt. It had been for the best…back then. But when he sees her years later across a crowded bar, he has one burning desire–to have her back in his life and bed again.With a new job and her father’s estate to settle, Professor Kirsten Tanner wants a peaceful existence. The return of the handsome flight instructor who broke her heart and lit a fire to her desires challenges that. She’s determined not to fall victim to his quiet charm again, but the need to show him she too can love him and leave him is much too tempting. But one touch from Duff and Kirsten begins to wonder if maybe they can have more than one night of ecstasy.

People who live in and around New Orleans have some serious culinary traditions. From gumbo to mirlitons to when you can and cannot eat oysters, I have learned so much about food by living here.

One tradition that I will take with me always is having red beans and rice on Mondays. I’ve heard that this dish became the norm for Mondays due to a woman’s schedule for the household. Monday was for laundry, which meant not much time for heavy duty cooking. Beans and rice were easy to put over the fire and watch as the ladies were getting the clothes and linens clean. (I’m not even going to get into the gender role problems, because this was when men refused to realize that women were awesome.)

I love the way that most people make red beans and rice around here, with ham rendered down for the base and the sausage served on the side, but I’ve got family members who aren’t all in to that. So, I experimented.

I came up with my own way of cooking red beans and rice that are vegetarian (important for one of my children) and low sodium (important for my husband, well, for all of us). You can get that recipe from The Wild Rose Press along with plenty of others. Click on the image, and you’ll get right to where you can download it. Happy Eating!

When All Romance E-books put out a submission call for recipes to include in their Passionate Cooks cookbook, I knew I had to submit my Aphrodisian Chargrilled Oyster recipe. I had played around with the standard sauce for chargrilled oysters until I found a mixture that made me happy. Not that the others didn’t make me happy, but when I found the combination of butter, herbs, and alcohol that made me grin I actually wrote down the recipe. That is saying something, because I sometimes don’t use a recipe.

But, this isn’t what these posts are going to be about. I downloaded the free cookbook. Now, I am going to cook from it.

Flour, butter, and veggies for the beginning of the soup done Creole style instead of how the recipe called for the addition of these ingredients.

Last night, in honor of Monday Night Football, I made Football Season Soup by Christine Columbus. First, I sort of goofed as I made it, but once I explain, I think you will understand. I live in the land of roux, that mixture of fat and flour that we brown to make a delicious base for gumbo. The first part of the Football Season Soup recipe started out like a roux, but I was supposed to add the liquid in the next step. However, I added my vegetables to the flour and butter mixture like any good Creole cook would do (not that I am Creole, but it rubs off on you down here in New Orleans). Whoops! I don’t think that made much of a difference.

But, the beer I had certainly made the soup very different. My choice was what I had in the fridge, which was an IPA, or a very hoppy brew. Not a good idea. I loved the creaminess of the cheese in the soup, but the bitter that came through from the IPA that I used ruined the flavor for my kids. I finished a whole bowl with my side of cornbread, but they only ate the cornbread.

My note to you when you make this recipe–choose a mild beer, like a pilsner. Don’t go the darker beer route. Overall, great flavors, easy to make, and perfect for a night watching football.