When her arm brushed against his, her cool sweat mixed with his, hot from exertion even with the mild October weather. The touch sent a shock to his cock, which he wouldn’t have thought possible as he exercised. Activity was his way of steering clear from complicated relationships. Perhaps it was like a drug that had stopped working. He either needed more exercise or sex with Zara, and the last one wasn’t an option. She probably wouldn’t even consider it with her low opinion of cops. He glanced at the woman. Tall, blonde, medium sized breasts jiggling in time with her legs.

“Ah, um.” He struggled to think of anything but her sweaty, naked breasts bouncing as she rode his dick. He coughed to cover his moan of desire. Hell, he’d never wanted any woman this badly, not even that curvy, burlesque dancer he’d dated for a while.

That title brought him out of his fantasy. “Call me James.”

“I thought it was Jameson.”

“I’ll call you that,” she said, as if she didn’t need permission from him. “I like it better.”

Big Bad Easy from The Wild Rose Press is coming to Kindle on August 9th.

A big thanks to Trish Owens and Angela Anderson for the editing and cover art.

A grueling unsolved murder case is the tipping point for detective Jameson Kelly. He’s ready to hang up his holster for early retirement when Zara Robinson walks in to his precinct, the victim of a car break-in. She’s everything Jameson likes in a woman—tall, blonde, beautiful and athletic. More than enough woman to take him down and make him beg for more. One more case can’t hurt to help pass the time, especially one he knows he can solve. Zara is a woman who knows what she needs, and top of her list is closure on this spree of car break-ins. And there’s Jameson—he’s big with an air of bad despite being a cop and all man. Man enough to easily make her feel soft and womanly. But when clues to the theft lead to something bigger, she’s glad to have his brains as well as his skills on her side. 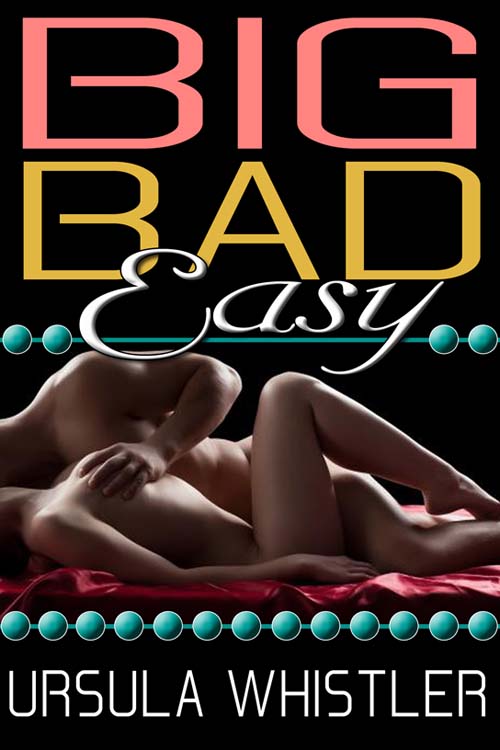 In mid-February, my Rebel Ink Press story Basically Bad released. Y’all, it put a happy face on my Mardi Gras. Not that it’s difficult to be happy during the biggest party in the US.

This past weekend, I spent two days at the FF&P conference here in New Orleans. I tried to think of the best part, and I can’t. Maggie Shayne gave a great keynote address. Tears. Love. Writers. She said that our fellow writers will be our best friends. I’ve got others that are close to me, but I agree. They know what we go through to produce something that many people sneer as beneath them.

Just before that I got the galleys of Behaving Badly, my soon to be released story with The Wild Rose Press. And, the cover…it’s love. Even my male friends agree that it’s a good one. You know that had to hurt for them to say it. (I kid. These guys are awesome.)

Today, I’m staring at the computer trying to get a plot to work, but he headache is getting in the way. So, I’ll rid myself of the pain with some coffee and cleaning.